PA Supreme Court is the state’s court of last resort and includes 7 justices elected for a 10-year term, with retention thereafter subject to voters.

This court’s current makeup is 5 Democrats and 2 Republicans, of whom one reaches the mandatory retirement age of 75 during 2021. 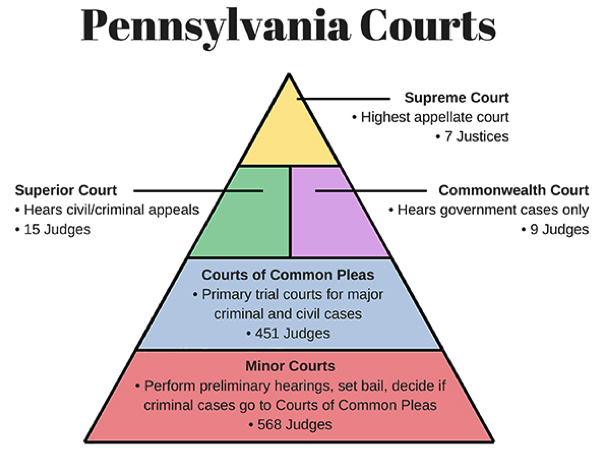 A lifelong resident of Pennsylvania, first in her family to attend college, Maria McLaughlin personifies hard work. She grew up in the Overbrook section of West Philadelphia and graduated from Penn State and Delaware Law School-Widener University. During her final year of law school, she clerked for the President Judge of the Superior Court, where she is now a member. For 19 years after law school, she worked as an Assistant District Attorney in Philadelphia and Chief of the Child Support Enforcement Unit. Of utmost importance to her was safeguarding the rights of children. In 2017, she led the ticket statewide for a seat on the Superior Court. She and her husband, Jonathan Saidel, treasure their blended family of six adult children and four grandchildren.

PA Superior Court reviews most of the civil and criminal cases appealed from Courts of Common Pleas and includes 15 ten-year judge positions with retention thereafter subject to voters.  The 14 current non-senior judges are split evenly between Democrats and Republicans. There is one vacancy and 2 judges running for retention.

Born and raised in West Philadelphia. After graduating from Howard University, she took on the challenge of teaching social studies to middle school students. Following a successful teaching career, she decided to pursue a career in law and in 2002 received her Juris Doctor degree from Rutgers-Camden School of Law. She has represented clients in family law, from support to custody issues, and represented indigent families. She went on to work as a major trial attorney for the Defender Association of Philadelphia and then as Chief Legal Counsel for State Senator Anthony H. Williams and as the Democratic Executive Director for the Pennsylvania State Senate State Government Committee, where she challenged Pennsylvania’s restrictive Photo ID law, assessed the constitutionality of proposed and existing legislation, and provided legal advice and guidance regarding the legal implications of legislation, regulations, and administrative policies. In 2013, she decided to pursue a seat on the Court of Common Pleas and despite seemingly insurmountable odds was elected. 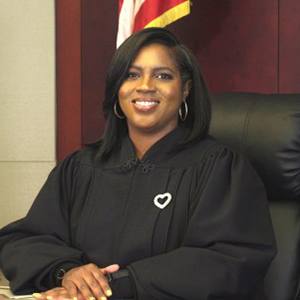 PA Commonwealth Court is one of two statewide intermediate appellate courts and decides most cases in three-judge panels in Philadelphia, Harrisburg, and Pittsburg. Two seats will be open and two judges are running for retention. Judges serve a full term of 10 years, with retention thereafter subject to voters. Current non-senior judges are 7 Republicans, 2 Democrats, and 1 Nonpartisan) The Honorable Lori A. Dumas is an impactful voice in the City of Philadelphia. As a Common Pleas Court Judge in the Philadelphia Family Court’s Juvenile Division, she has fought for fair and equal justice for Philadelphia’s most vulnerable children and families and presided over thousands of trials. She guided the City of Philadelphia in its creation of the First Judicial District’s Juvenile Human Trafficking Court to provide services to young victims of commercial exploitation. A native Philadelphian, she received her BA in Sociology from Duke University and her JD from North Carolina Central University School of Law; she graduated from UPenn’s Fels Institute of Government, holds a Certificate in Diversity and Inclusion from Cornell University, and is licensed as a Personal Care Home Administrator. She is the mother of two adult children and a middle school student. Judge David Spurgeon earned his B.A. from Duquesne University in 1993) and J.D. from Duquesne University School of Law in 1996, when he began his career in private practice. He joined the Allegheny County District Attorney’s Office as an Assistant DA in 1998, and in 2009 was promoted to Deputy District Attorney, maintaining a full trial calendar and supervising a large group of attorneys. An advocate of diversionary courts, he helped create Veterans’ Court and supervised the attorneys assigned to Mental Health Court. He was integral in the development of the first specialized accountability docket in Pennsylvania to address repeat batterers and implemented the first Intimate Partner Violence Homicide Review Team to identify systematic breakdowns. Since 2016 he has served in the Allegheny County Court of Common Pleas, handling all matters involving children and families.