Among other duties, representatives introduce bills and resolutions, offer amendments and serve on committees.

According to the U.S. Constitution, representatives must meet the following requirements:

Shamaine A. Daniels is a three-term Councilwoman for the City of Harrisburg where she reduced red tape and lowered fees for opening small businesses, doubled penalties for slumlords, and invested in youth programming. She has also been an educator and attorney for well over a decade. About half of her legal career was spent defending workers’ rights and civil rights and the second half of her legal career has been spent helping American citizens and immigrants navigate our complex immigration system. She has consistently served the most vulnerable populations in our Commonwealth: Victims of domestic violence and sexual assault abandoned and neglected children, workers, seniors, and individuals with disabilities. Daniels migrated to the United States from Venezuela in her teens and received her B.A. in Political Science/International Relations and Sociology from West Chester University of Pennsylvania and her J.D. and M.A. in Women’s Studies from the University of Cincinnati and its College of Law. 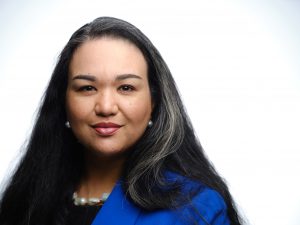