CCDC publishes a bimonthly email newsletter and sends out occasional email alerts as issues arise. Here are our latest newsletters to the right.

Stay in the know by signing up to receive CCDC Emails.

Months of hard work, thousands and thousands of doors knocked, texts and postcards sent, and calls made culminated in a successful Election Day this past Tuesday. Congratulations and THANK YOU!

As we look at the results, two themes emerge. Victory and Progress.

Cumberland County was pivotal in delivering victories for the top of our ticket. Josh Shapiro won our County by more than 7 percentage points (more than doubling Governor Wolf’s margin when he won our County in 2018). John Fetterman performed better than recent U.S. Senate candidates, holding the Republicans margin of victory here to less than 6%, while overperforming President Biden’s numbers from the 2020 election. Additionally, with the election of Patty Kim to represent the 103rd State House District, for the first time in a long time Cumberland County will be represented by a Democrat in the State Legislature!
Statewide and nationally, Democrats have other exciting victories to celebrate. Democrats have successfully maintained control of the U.S. Senate, defeated election deniers running for Secretary of State positions across the nation, and it appears that Democrats may regain a majority in the PA State House for the first time in over 20 years.

Tuesday’s election shows many signs of progress for our county party even though we were not as successful as we hoped with our local races. Our Democratic candidates won leads in every race in every precinct in Camp Hill, Carlisle, and Lemoyne. In several other precincts our candidates up and down the ballot earned more votes than their Republican opponents including precincts in Hampden, Lower Allen, Mechanicsburg, New Cumberland, Shippensburg, and Upper Allen.
As we celebrate and take stock, it’s already time to start thinking about the next election. In order for our party to become stronger in down ballot races, we need to win office at the local level. County offices, Township Commissioners, Borough Council Members, School Board Members and Local Judges/District Justices will be on the ballot in 2023 and we need to be prepared to compete. If you or someone you know is interested in running for office, please let us know by CLICKING HERE. 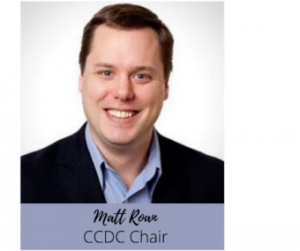 Whether you celebrate Christmas, Hanukkah, Kwanzaa or some other holiday tradition, the Cumberland County Democratic Committee wishes you a joyous holiday season!

As we enter into the holiday season and spend precious time with family and friends, we want to thank each of you for supporting us, our Democratic values, and our Democracy. We hope you take some time to reflect, regroup and recharge. We will be here in the New Year ready to defend our Democracy and work together to make Cumberland County and our Commonwealth a brighter place for all.