PADSC members are elected during the Primary. The following were elected:

Tom is a recently semi-retired psychologist who also is the current co-chair of the Camp Hill Democrats.  As a life-long Democrat and now a resident of Cumberland County, I have worked in my community to promote democratic and humanistic values. I have multiple non-political interests, but because of the threats to democracy we recently have experienced as a state and nation I feel compelled to become involved in the political effort to save our democracy. Support me and I will work actively to create a more proactive and effective State Committee.

I will support and advocate for a more proactive approach to educating the voting public about what is occurring, as well as supporting our candidates and elected officials, and communicating with and empowering our local Democratic organizations.  I also want to see a more serious effort on the part of PA State Democrats to aggressively confront the pressing existential crisis of our planet, global warming. 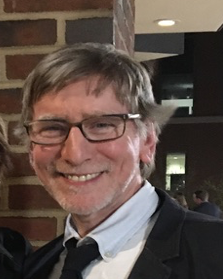 Attorney Quinlan has lived in Cumberland County since 1997. He made his life here with his wife Marsha and two sons, Jimmy and Michael.

He has a lengthy history of public service including 9 years of prosecution for the York County DA’s Office and the Bureau of Professional and Occupational Affairs. A lifelong Democrat, in 2004, he ran for State Senate against Pat Vance. In 2018, he ran for the State House of Representatives against Greg Rothman. In 2019, he ran for District Attorney here in Cumberland County against Skip Ebert and again for State Representative in 2020.

He has proudly served on State Committee on an interim basis and looks forward to continuing to serve his party and community in that capacity going forward. 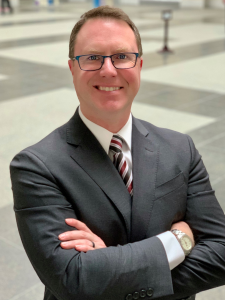 She is a respected and established leader in the PDP having co-founded its Black Caucus. In 2016 she was appointed Pa Democratic Party Secretary and served under two State Party Chairmen. For three consecutive terms, she has held the position of South Central Regional Caucus Treasure and is currently engaged in establishing a scholarship for future democratic party leaders. She is a member of several constituency caucuses and is a regular panelist on the Annual PDP Women’s Caucus Candidates Forum.

Jacqueline is an experienced emcee, an ordained minister, the Owner of GREAT Celebrations: Ceremony Specialist, a member of Messiah Lutheran Church, and is married to Jerry Bennett a connoisseur of Jazz and ally for racial and social justice. 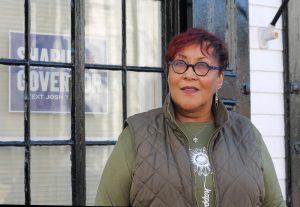 I am a Candidate for the office of Democrat State Committee Member to support the Party and represent the Members. I am proud that I have been a State Committee Member since 1984.  I serve on the ByLaw Committee, which I Chaired for 2 terms, and have been a member since being elected. My most memorable and rewarding contributions to the ByLaws are the formation of Statewide Caucuses, the addition of National Committee Members to the State Committee, and most recently the addition of High School Democrats to the Nomination Recommendation Committee. I conceived the idea of Constituency Caucuses and helped to start them. One of the most rewarding things I did was serve for 2 terms as Senior Advisor to the Statewide Young Democrats. In addition to being a Member of The South Central Caucus, I belong to many Constituency Caucuses. I twice Chaired the State Affirmative Action Committee and attended the 1988 National Convention in Atlanta at the request of the State Chair.

I have been honored to speak at various County Dinners, representing State Chairs. I am serving my 3rd term as a Member of The State Executive Board to which I was elected by our Senatorial District State Committee Members. I am a Member of The PFDW as were my Mother and Grandmother. In the past, I was a member of The Cumberland County YD’s, President of the Lemoyne Democrat Club, a PCP in Mechanicsburg 4th Ward, and Co-Area Leader in Mechanicsburg. I have managed campaigns and worked on campaigns from Town Council to Presidential.

I live in Mechanicsburg and have 3 beautiful nieces and 3 handsome nephews. 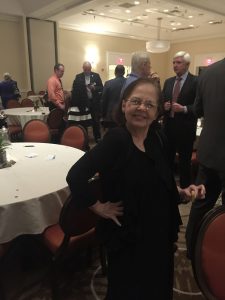